The Whetstone Wrestling team has a yearly dual with Centennial called the “Golden Grappler.” The Braves have taken this trophy home for nine years, and this year, for the tenth time in a row, they did it again.

While the victory was the tenth, having two Whetstone alumni as the coaches certainly was. Coach Lindsey, Chris and Mac all wrestled in high school for the Braves. These alumni have taken over the square from coach Jones, another Whetstone alum, who is now the wrestling coach at St. Francis DeSales.

This match is different than most. Centennial is Whetstone’s biggest rival and, if the Braves would have lost, team captains Aidan and Paul would have to walk across the mats and hand the trophy over to the Stars. 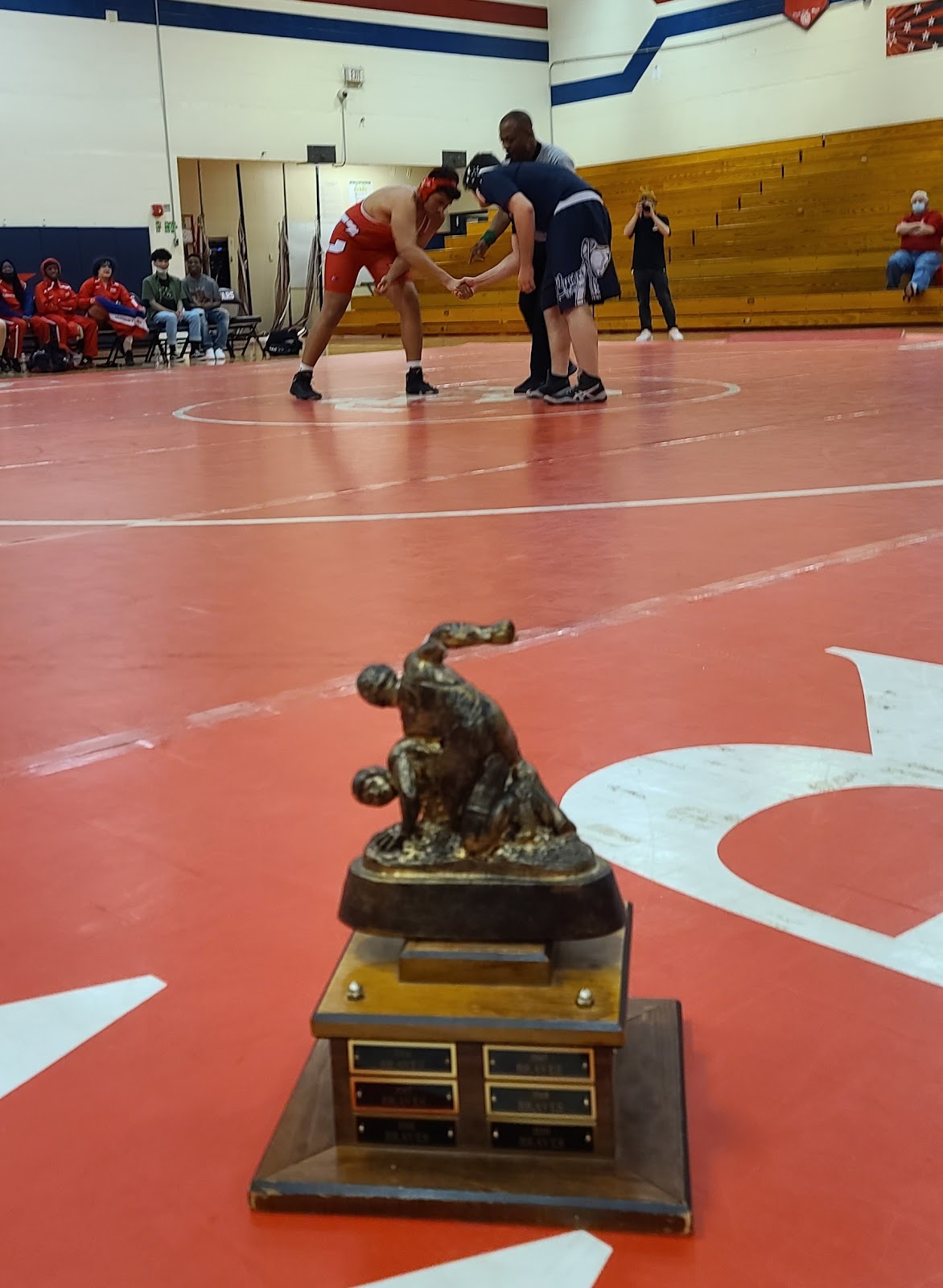 The Golden Grappler trophy remains in Whetstone’s possession after a win vs. Centennial

The match started, Ramona lost to Centennial’s 106 weight class. The Braves were losing by 6 points. The winning heavyweight match started.

Forfeits on both sides evened the score.

In the last match, Jordan Brofford, Centennial’s 285 heavyweight wrestler, took the mat. Jordan fought hard. Down three points, he knew something had to change.

He was nearly pinned twice in the second period. The third period started, Jordan was down by 6 points. In order for Jordan to win he needed multiple takedowns or back points. Thirty seconds left in the final quarter and Jordan was almost pinned, a certain loss. In the last moment, Jordan pulled off a reversal and gained two points narrowing the lead to one point. With 15 seconds left on the clock Jordan ran a half and pinned his opponent.

“This is the closest meet I’ve seen in a long time,” says Mac. “It would’ve been depressing to walk over the mat and hand the trophy over to Centennial. It’s nice to now have this streak for ten years.”

The team’s human pyramid after the winning match.

This site uses Akismet to reduce spam. Learn how your comment data is processed.